A Signature Grooming Experience for the Modern Man.

This is Our Signature Experience, a quality service with consultation, execution finished with a shampoo (to get rid of all that loose hair after your service) a hot towel on the face, and a straight razor neck shave.

This service is for younger gentlemen (12 y/o & under) who seek to emulate their fathers, brothers, coaches, and even peers. This haircut is for our younger friends, welcome.

Skin fade, razor fade, balder, technical fade... basically any cut requiring the barber to go from the skin, or a zero clipper and perfectly blend it to a longer style on top. Often but not always with a hard line.

Includes a Regular Mens Cut and a Straight Razor Shave.

Bread trim, clean up around the ears and neck as well.

Entire beard shaped up and groomed with clippers and finished off with a hot towel, lather, and a razor for that clean, crisp look.

Hair color for men that compliments your gray with a proper level of coverage that gives the appearance of a more natural look without a soild line of demarcation and grow out over the next several weeks after the service.

After your haircut, we will apply a demi permanent color in order to help with gray coverage and blending.

Founded in November 2014, John Hancock Barbershop is the brainchild of Prescott’s own Grant Quezada. Grant has been cutting hair for over 14 years.

After a three year stint as a hairdresser in a top salon in Springfield, MO, he found himself looking for some more excitement. Grant decided to enlist in the US Army and spent the next eight years serving his country.

He then left the Army summer of 2014, he completed extended male barbering training and obtained his barber license.

Grant, his wife and two sons and a daughter moved back to their hometown of Prescott, Arizona in fall of 2014 with the vision of opening the best barbershop in town. 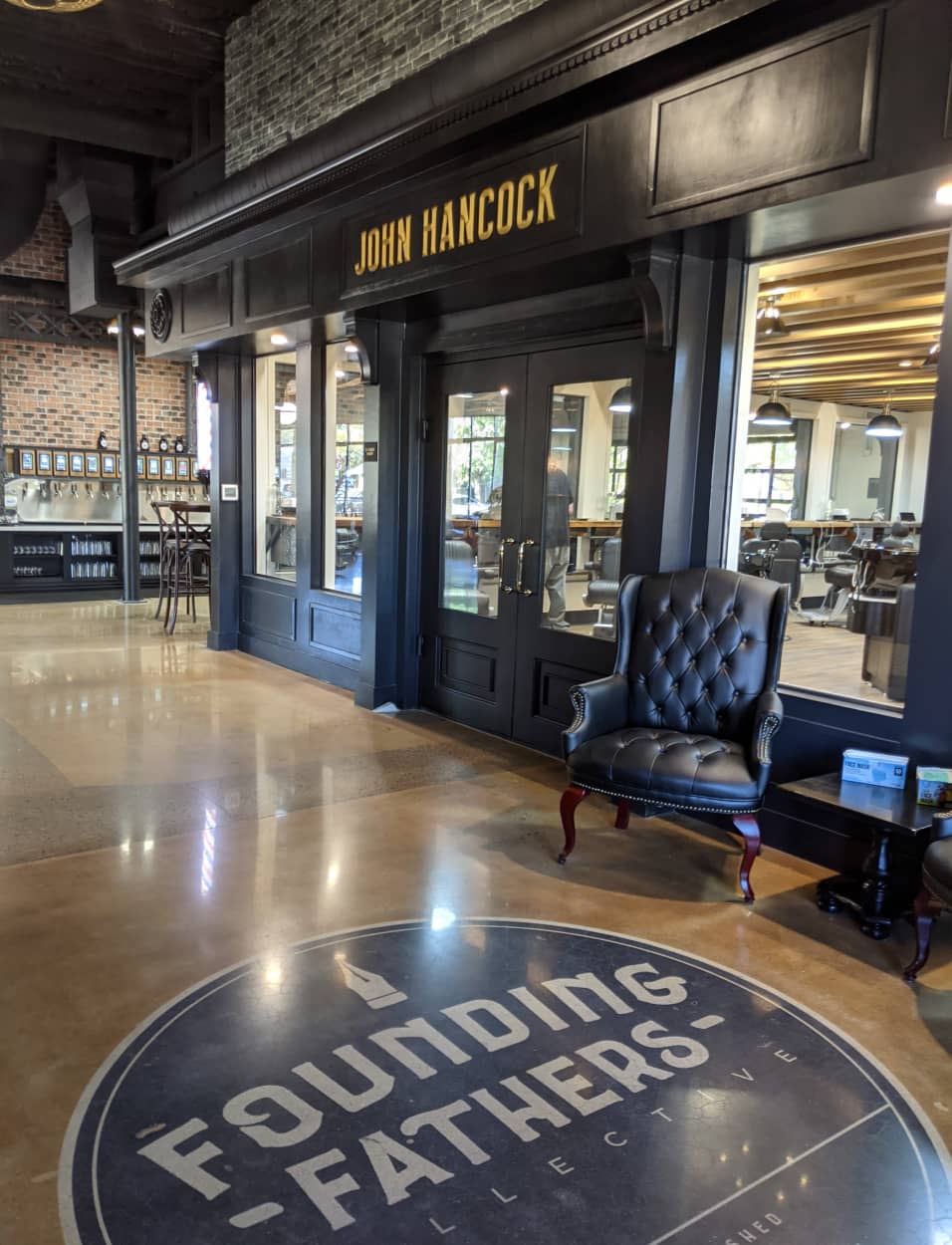 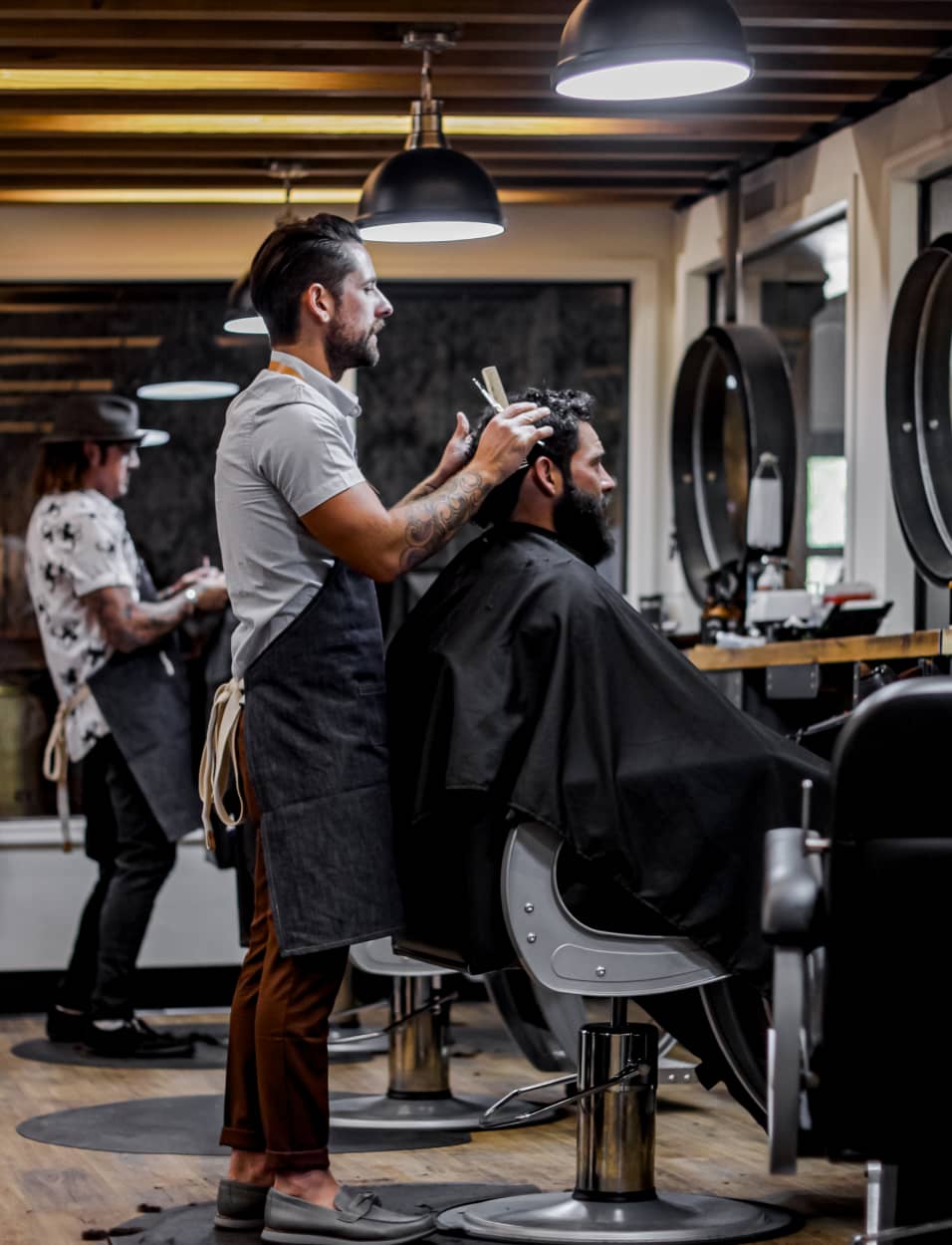 We offer modern or traditional men’s haircuts and wet shaves using precision cut throat blades. We pride ourselves in giving our clients a signature experience in a rugged space of conceptional beauty.

Stop by City Tavern, Arizona’s largest self-serve taproom, and grab yourself a cold beer to enjoy during your visit, or help yourself to our coffee machine for some fresh grinds.

With our 50’s replica chairs, meticulous visual stimuli, and eclectic mix of wall decor, we’ve made certain this is a destination where you can kick back and unwind in some old-world masculine luxury.

“Absolutely love this place. I spent a year bouncing around trying to find that right barber. I saw Keith for my wedding haircut a year and a half ago, and I won’t go anywhere else now. Everyone that works there is good, but Keith is my guy.”

“Great place and a fantastic haircut from Royce! He always does a superb job, and I’ve never had a complaint about his work. He’s also friendly and fun to talk with!”

“Hands down, the greatest hair-cutting experience I’ve ever had. So comfortable. Love the lounge area. Incredibly classy and sophisticated. Do yourself a favor, and use their simplified appointment system online to book an appointment today.”